This year’s Barkwalk fundraiser for The Boxer Rescue of Oklahoma (formerly known as “Tulsa Boxer Rescue”) was held on April 27th and despite some chilly weather was a huge success! Thousands of dollars were raised, hundreds of families came out, and many pups found a new home thanks to the rescue organizations who attended.

The walk happened around beautiful Washington Irving Park in Bixby and attendees were treated to games, contests, demonstrations, and a raffle for some pretty awesome prizes! The Pawsome Kids Zone had a bounce house, face painting, a craft table, and more fun activities to help engage the kiddos.

Dickey’s BBQ kept the grub going while the Shriners made sure every attendee had their fill of popcorn. Poop 911 kept the ground clear and shoes clean. GI Wishes was there letting people know how they match veterans up with rescue pups to help save lives. Midfirst Bank came out with their change donation center, which helped clean out many car seats and couch cushions for a cause :-) 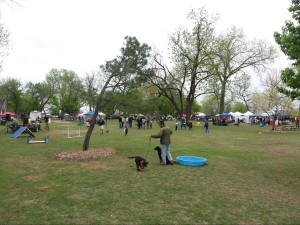 It was a long day, but a fun one. And in the end, thousands of dollars were raised to support The Boxer Rescue of Oklahoma and continue their worthwhile work saving lives.

Schedule your cleaning in under 3 minutes!

Check Out Our New Ad!

Scott’s Mastiff Leaves Quite the Waste for Poop 911 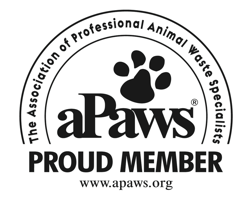